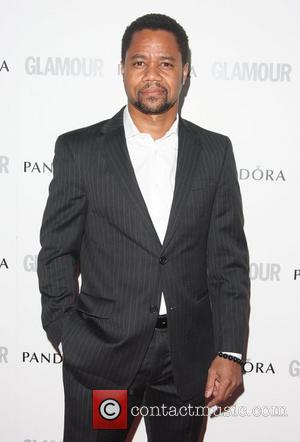 Actor Cuba Gooding, JR. still bears the emotional scars from his tough childhood - he was plunged into poverty after his soul singer father left home.
The Jerry Maguire star, mum Shirley and his three siblings were left to fend for themselves after Cuba Gooding, Sr. - the lead singer of The Main Ingredient - abandoned the family.
The family moved to different motels, with Cuba Gooding, Jr. even resorting to breakdancing on the streets for food, and he insists he'll "never forget" his tough upbringing.
He tells Britain's The Times, "People don't understand. No one will ever understand that feeling of not knowing where you're going to sleep at night, or where your next meal is coming from. It's terrifying. As the years go by you forget about those times but you never forget that feeling."
As a result of his difficult past, the Oscar winner admits he's determined to provide the best for his three children, adding, "Security is a big issue with me. I have two boys and a girl and I pride myself on knowing that they've grown up in one house."