When he learned it was a Ryan Murphy 'American Crime Story' project, he leapt at the chance.

In the aftermath of the massive social media reaction to ‘The People vs O.J. Simpson’ when it debuted on FX last week, Cuba Gooding Jr. has revealed that he had no idea he would be taking on the role of the notorious former NFL player when he was contacted for the first ‘American Crime Story’ season.

‘The People vs O.J. Simpson’ is based on the book by Jeffrey Toobin, ‘The Run of His Life’, and tries to tell the story of the former American footballer’s murder trial. Former Oscar winner Gooding, 48, explained in an interview this week that when he knew it was a Ryan Murphy script from his agent, even though he had previously turned down an offer to play O.J. in another project, he went for it, no questions asked. 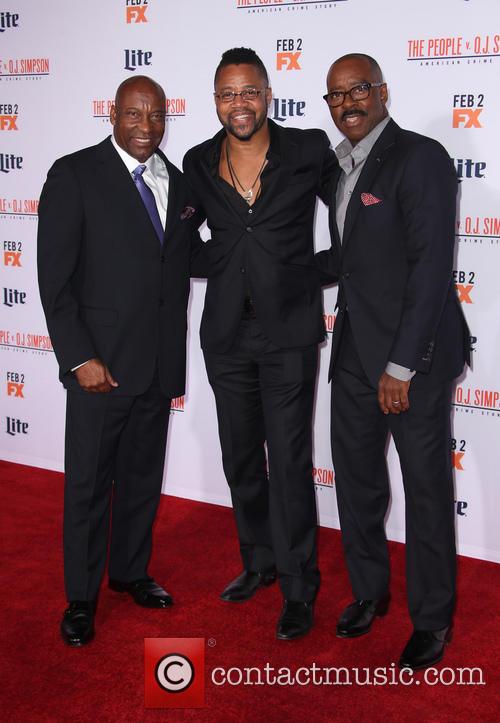 Cuba Gooding Jr., centre, with Courtney B. Vance and John Singleton at the 'ACS' premiere

“I'm at that age in my career, or experience level,” he confessed to E! News, “where I don't worry about the scripts as much anymore as I do the filmmaking team, the director. When my agents called and said Ryan Murphy wants to meet with you, I said, ‘Great! Tell him I'm in!'”

Before filming started, Gooding opted not to take up the opportunity to meet Simpson because he felt it might negatively influence his performance. However, if got the chance again, now that he’s finished, he says he would do so.

“I played him when he was at his most flamboyant and charismatic,” the former Jerry Maguire star continued, “and he's just a shell of himself now, sitting in a jail cell.”

Simpson, of course, is serving 33 years in prison in Nevada for a range of offences including armed robbery and kidnapping. “Yeah. I mean, now,” Gooding said about a hypothetical meeting. “I've finished the character. The character's locked away, so I would do it.”

When asked whether he thought Simpson really did kill Nicole Brown and Ron Goldman, Gooding skilfully ducked the question. “If we [on ‘American Crime Story’] did our job right, people will understand how they came up with that verdict based on incompetence on many different levels. And I hope even in that statement, I hope you don't think that I think he's guilty or innocent.”