Former Cream star Jack Bruce has stunned rock purists by blasting Led Zeppelin for overshadowing his band's string of reunion shows.
Bruce, Eric Clapton and Ginger Baker reformed Cream for gigs in London and New York in 2005 but the bass player fears those concerts were forgotten in the fuss over Led Zeppelin's one-show reunion last December (07).
Bruce admits he has no idea why a Led Zeppelin comeback is such a big deal, stating, "F**k off, Zeppelin, youre crap. Everybody talks about Led Zeppelin, and they played one f**king gig, one f**king lame gig, while Cream did weeks of gigs.
"Cream is 10 times the band that Led Zeppelin is.
Bruce's rant isn't entirely out of the blue - he is reportedly upset that Led Zeppelin and not Cream were named as the headline act for the Ahmet Ertegun tribute concert at the O2 Arena in London last December.
He adds, "The thing about Zeppelin is that obviously its a little bit of jealousy on my part... because the audience was created by Cream and Jimi Hendrix, this sort of very large audience. Then Zeppelin came along and had a very easy ride in that way. We were the pioneers and pioneers dont always get the recognition they deserve."
And in a final swipe at Cream's rock rivals, Bruce snorted, "Lets face it, Jimmy Page aint no Eric Clapton, no matter what anybody thinks." 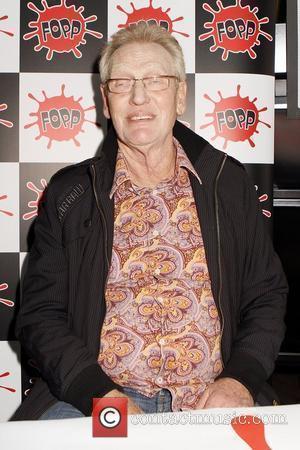