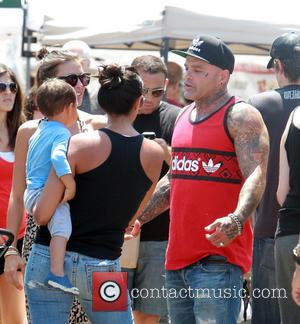 The ex-girlfriend of rocker Shifty Shellshock has asked a Los Angeles judge to strip the Crazy Town frontman of custody rights amid allegations of his continued drug use.

The singer, real name Seth Binzer, has been battling substance abuse issues for the past few years and attempted to kick his habit during appearances on U.S. reality Tv show Celebrity Rehab, while he also checked into a treatment facility last year (12) following a drug arrest in February, 2012.

However, Jasmine Lennard claims he has yet to beat his demons and alleges he once left a crack pipe in their young son's bedroom.

She is seeking full custody of the boy and wants to ban Binzer from visiting, insisting he has not spent time with their kid over the past two years.

Lennard is also demanding the embattled star pay her child support, although she admits Binzer has not been legally established as the boy's father, despite her attempts to do so last year (12), reports Tmz.com. She alleges the singer denied fathering the baby in a bid to escape child support bills, but claimed the tot as his own while on Celebrity Rehab.

Crazy Town Rocker In A Coma