Crazy P - When We On Album Review

Review of When We On Album by Crazy P

Crazy P are back with a new album 'When We On' signed to 2020 Vision. Crazy P are certainly a favourite for many listeners of house, disco and soul music, with their unique live band sound merging these sounds in a modern way. With a huge fan base in Australia and featuring on many festivals in Europe, Crazy P finally release their fifth album release to the world. Signing to 2020 Vision in 2008 certainly was a good idea for the band considering the labels history in dance music and relevant experience. 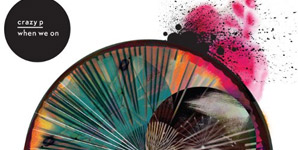 So from the mid 90's when Jim Baron and Chris Todd formed the band, grabbing a host of loyal clubbers for the ride, they arrive with 'When We On', that many would state as their best album so far. Certainly the album starts well with 'Open For Service', an edgy, catchy tune, that has sass and cool in the mix and I've heard a remix of this track from upcoming artist Jamie Jones that works really well in clubs. The album continues with electro funk and sweet disco flavour grooves. Certainly Danielle Moore really gives the album soul, with striking vocals that fits the sound really well. The song arrangements are professional and the combination of sounds continue to give Crazy P a 'niche' feel that is cool, progressive and funky, that doesn't sell out, but could easily have commercial potential.

I think Crazy P have created a successful album that covers a lot of sounds in dance music but remains quite uniquely them. The scope of 'When We On' allows the space of their live band sound that if you've seen them certainly adds to their appeal. I definitely think that Danielle Moore brings the party to the sound and I think this album would be a winner for many female listeners, as well as great background music at a party. It seems the move to 2020 Vision was a good move and what's clear is that 'When We On' should continue to expand the appeal of Crazy P in the future, meaning more albums and tracks. Result!

Crazy P - When We On