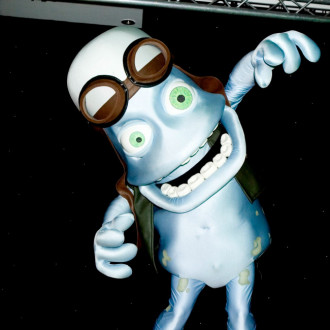 Crazy Frog is gearing up for a return this festive season.

The CGI-animated chart-topper - originally known as The Annoying Thing - famously beat Coldplay's 'Speed Of Sound' to No1 in 2005 with viral ringtone, ‘Axel F’, a take on the theme tune to 'Beverly Hills Cop'.

And, 16 years later, the irritating amphibian is set to make a comeback on December 10 on YouTube, with a new mash-up track about TikTok trends.

The 2009 music video for 'Axel F' has proved extremely popular on YouTube with 3.1 billion views to date.

And Wolfgang Boss, the president of A&R at Sony Music and Mach 1 Records boss, who owns the rights to Crazy Frog, predicts the character will see a resurgence in popularity thanks to the video-sharing platform TikTok.

According to the BBC, he said: "When we started Crazy Frog, there was no TikTok, it didn't exist.

"But right now TikTok is super important. It's basically the number one platform for people to share new music and funny things connected with music."

The song is once again being produced by Reinhard 'Voodoo' Raith.

The Crazy Frog himself was created by Daniel Malmedahl in 1997 when he was a teenager.

He and his mates played around with making the sounds of moped engines.

Speaking back then, he said: "We had many laughs because it's so characteristic, this two-stroke engine sound. My friends found it funny when I started imitating it.

"When we recorded it, we found it very, very funny. We laughed until we got tears."

The controversial promo for 'Axel F' caused a commotion as Crazy Frog's genitals were on show.

It led to a ban in the US and parents complained in their droves to the Advertising Standards Authority in the UK.

However, a censored version was later made in response to the criticism.

Despite this, Boss insisted "the new video will have the Crazy Frog like he was originally meant - with a penis.

"But we will have to do a censored version again because US media will not show the original version."

Crazy Frog - We Are The Champions (with Sound Effects) Video