The event brought together the best and the brightest in cinema in an informal atmosphere.

Apart from the award show itself, the Oscar luncheon is the event of Oscar season. Unlike the more stressful award ceremony, the luncheon is an informal opportunity for all Oscar nominees to mingle, regardless of their popularity or likelihood of winning. Attendees of the luncheon receive a goodie bag, a certificate and the chance to mingle with others at their randomly assigned table and the entire event. The Academy also places a member of their Board of Governors at host each table. For an informal event, there are quite a few rules, but this is the Academy, after all.

Oscar producers Craig Zadan and Neil Meron made a point of telling them a billion people will be watching in more than 225 countries and that the time begins the moment they hit the microphone and they will have only 45 seconds. “But don’t be nervous,” Zadan said by way of advice to the attendees, according to Deadline. “Just prepare”. 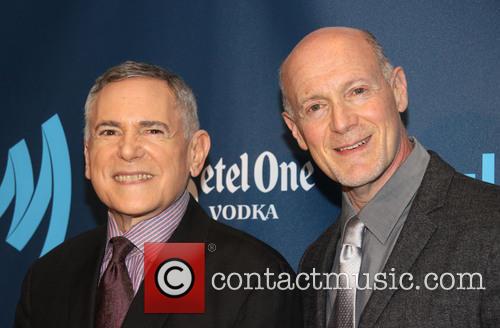 Oscar vets Craig Zadan and Neil Meron already know a thing or two about the luncheon.

This year’s group of nominees is one of the biggest in Oscars history, as Academy president Cheryl Boone Isaacs noted in her introductory speech.

“What a remarkable year for film it has been,” she said. “And thanks to the excellence and artistry of everyone in this room, it’s a thrilling year. Being nominated for an Oscar puts you in a very, very elite group. Your incredible accomplishments on the screen and behind the scenes make you shining examples of our industry and touch millions of people around the world.”

Boone also paid the necessary tribute to two former Academy presidents, who passed away between the previous luncheon and this one – Fay Kanin and Tom Sherak.