Cover Drive would ''pass out'' if they ever met Gwen Stefani as the group claim to be the world's biggest No Doubt fans. 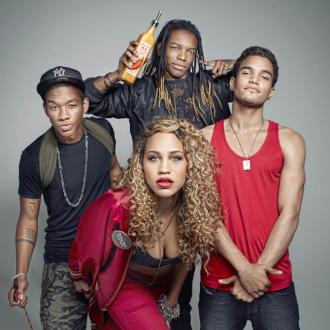 Cover Drive would ''pass out'' if they ever met Gwen Stefani.

The Bajan hitmakers claim to be the world's biggest No Doubt fans and are hoping to collaborate with the band now they've made a comeback because they feel a connection to the Californian rockers.

Singer Amanda Reifer exclusively told BANG Showbiz: ''I would probably pass out if I met Gwen - I hope I wouldn't do that, but I think I would. And then I would beg her to not think I'm a weird stalker fan, and then hopefully we'd become friends after that.

''Recording a track together would be incredible. That would be the ultimate collaboration for us. If that ever came true that would be amazing, we would love to do that.''

The 'Sparks' singers - also comprising drummer and rapper T-Ray Armstrong, bass player Jamar Harding, and guitarist and keyboard player Barry 'Bar-Man' Hill - recently teamed up with bad boy rapper Dappy on their new track 'Explode', but although they share the same dynamic as his band N-Dubz, they identify much more with No Doubt as a group.

Amanda explained: ''Dappy is always very fun and professional on set. He definitely is talented so it was great working with him on that record and I think it came out great.

''With N-Dubz, I think it's one girl and two guys which is kind of like our dynamic, but I think we identify with No Doubt more. We do like N-Dubz but we just feel like what No Doubt represent and how they are on stage and how they are with each other is similar to what we as a band. ''They haven't changed, they're just who they are regardless of what's going on now musically, they're just themselves.''

When probed about whether there could be an in-band romance like Gwen and Tony Kanal's in the future, Amanda laughed: ''I don't think I can tell you that right now!''

Cover Drive and Nando's challenge the nation to find their PERi-PERi spice at nandos.co.uk/findyourself 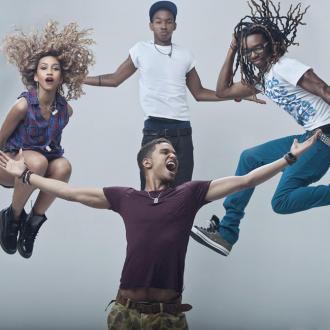