Courtney Stodden is worried she will stop being ''dependent'' on her husband Doug Hutchison when she is reunited with him at the end of reality show 'Celebrity Big Brother'. 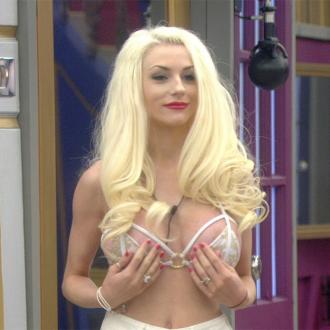 Courtney Stodden fears she will stop being ''dependent'' on her husband Doug Hutchison.

The 19-year-old model, who is famous for marrying the 'Green Mile' actor when she was just 16 and he was 51, is currently starring in UK reality TV show 'Celebrity Big Brother' and is concerned she will act differently around the actor when she is reunited with him after the programme.

Speaking in the house - which sees contestants cut off from the outside world - she said: ''He means so much more to me than this freaking house and I don't want to leave this house feeling so strong and independent that I can't depend on him anymore.

The blonde beauty is worried she will have drifted apart from the 53-year-old actor following two weeks on the reality show and admits she is finding it tough to find some stability in her marriage.