The controversial couple married in 2011.

Courtney Stodden has confirmed she has split with actor husband Doug Hutchinson for the second time.

The 22-year-old confirmed the rumours on Wednesday, just one day before she was pictured getting close with another man while partying at the Blind Dragon karaoke lounge in Hollywood. 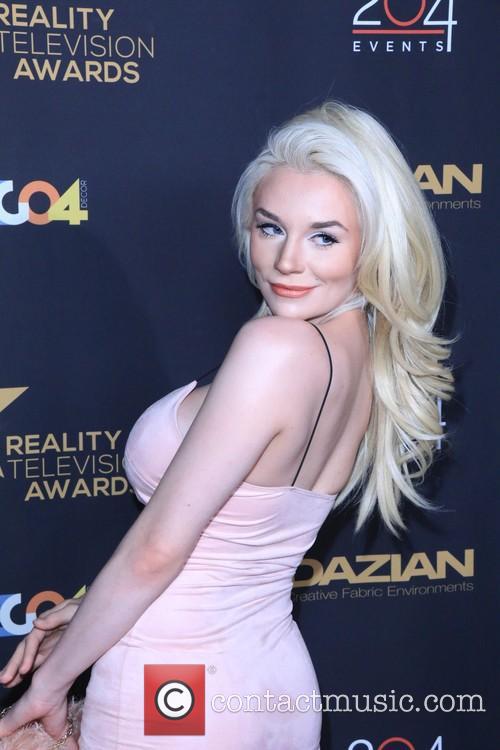 Speaking to the Daily Mail about rumours regarding the state of her marriage, Courtney said: “Unfortunately they're true. It's hard right now but we're trying to individually find our happiness. It's just really sad right now.”

The Daily Mail also reports that the same night she attended OK! Magazine's pre-Grammy event not wearing her wedding ring. The newspaper also published photos of the reality star getting close with another man while out in Hollywood on Thursday night.

More: Courtney Stodden Opens Up About Miscarriage For PETA Campaign

Courtney wed Doug in 2011, when she was just 16 years old, despite their 35-year age difference. The couple previously separated in 2013, but later reconciled and celebrated their fifth anniversary by renewing their vows in Los Angeles in May last year.

That same month Courtney revealed that she and Doug were expecting their first child together. However, two months later the 22-year-old tragically suffered a miscarriage, 13 weeks into her pregnancy.

In September she opened up to the Allegedly podcast about the strain the tragedy had put on her marriage. “I think when a couple faces a difficult trial in life together, whatever that may be, it either tears you apart or brings you together,” she said. “I think right now we’re kind of in the kind of crossroad point where we’re trying to figure it out.”