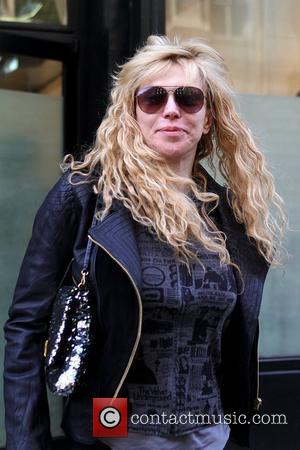 Courtney Love has stunned fans with suicide talk 16 years after her husband, Kurt Cobain, took his life.
The Hole singer has revealed she spiralled into a deep depression just weeks ago and wanted to jump out of a window and end her life.
The revelation comes just two months after Love told the media she's "not suicidal" and that she's keeping herself clean from drugs to avoid feeling like she wants to die.
But now the star, who recently lost custody of her 17-year-old daughter Frances Bean, admits she is full of self-loathing and has become a danger to herself.
Speaking in this week's issue (21Apr10) of Britain's NME magazine, she says, "I think a lot of people idealise suicide. I understand it. I had an episode two weeks ago when I was tempted to jump out of a window. I’m not saying why but the reason behind it is self-loathing. You know, wouldn’t it be better if I wasn’t there?
"I’ve always been pretty self-destructive. I need protection from myself."