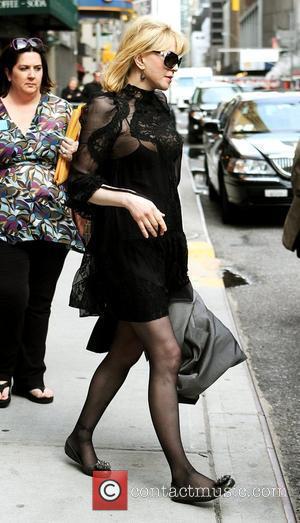 Courtney Love is considering selling the rights to late husband Kurt Cobain's back catalogue - as she's convinced the royalty payments she receives are "cursed".
The Hole frontwoman sold a 50 per cent stake of Cobain's music collection in 2006 for a reported $50 million (£35.7 million) - but now she wants to offload the rest of her shares.
Love insists her decision is not a financial one, but "an emotional one" - as she just wants to move on from her life with the Nirvana star, who died in 1994.
She tells The Scotsman, "I'm thinking about selling off all of Kurt's publishing. All of the rights, everything. It's not a financial decision; it's an emotional one.
"He was the best friend I've ever had, but Kurt and I were only married for three years, and now I need to have my own life. I'm always 'the widow' and that drives me nuts. That money has been cursed since the day it started to come in.
"It's not really my money. I don't want Kurt Cobain to buy me shoes anymore. I want to buy my own shoes - lots of them."