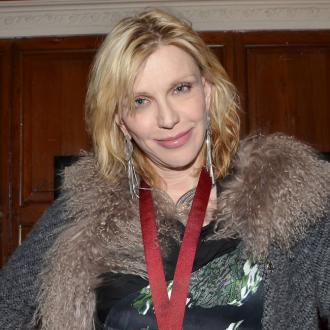 The Hole rocker's 21-year-old daughter thinks she should get back with Andre - whom she dated in 2010 - even though he is currently with TV host Chelsea Handler.

The mother-and-daughter were at the same party as the property magnate in New York City on Wednesday (11.09.13), and Frances was heard gushing over him as they left.

A source told the New York Post newspaper: ''In the elevator, once he was out of earshot, Frances was heard saying, 'Mom, you should totally be dating that man. Him I approve of!' ''

When Courtney said he was taken, Frances - whose father is late Nirvana rocker Kurt Cobain - reportedly said: ''Wait it out! You need to be right there waiting with a casserole dish.''

Courtney, 49, previously claimed she was ''in love'' with Andre when she briefly dated him, in an email to a friend.

She wrote: ''He is the sweetest thing and he actually totally does respect me. His manners are impeccable but he is funny too.

''He has properties everywhere and has given me the key to his apartment, but what is better than living in his hotel?''