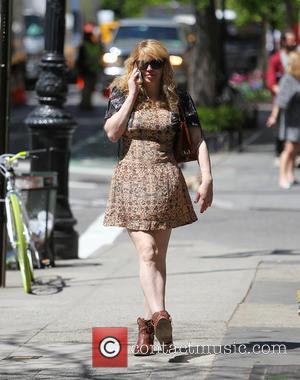 Rocker Courtney Love has reached out to troubled actress Amanda Bynes and urged her to "pull it together".

The Hairspray star's bizarre behaviour has hit headlines over the last few months and she was back in the news again last week (ends26May13) when she was arrested in New York on drugs charges.

She has since posted a series of long-winded rants on her Twitter.com page criticising the police and her parents among others, and claiming she is planning to undergo cosmetic surgery on her nose and become a "singer/rapper".

The Twitter meltdown has drawn the attention of Love, who was once well known for her social networking outbursts, and the Hole star has sent a message to the actress urging her to sort herself out.

In a Twitter message directed at Bynes, Love writes, "Amanda Bynes pull it together dude."

Love's Twitter rampages became notorious and she was even sued by a fashion designer in 2011 over a series of derogatory tweets.

Bynes was detained by cops in Manhattan on Thursday (23May13) and is facing charges of marijuana possession, attempted tampering with physical evidence, and reckless endangerment for allegedly throwing a bong out of the window of her apartment building.