The teenage diaries of Courtney Love and Kurt Cobain are going on display at Ctrl.Atl.Shift's Dear Diary exhibition at Gallery Seven, in London. 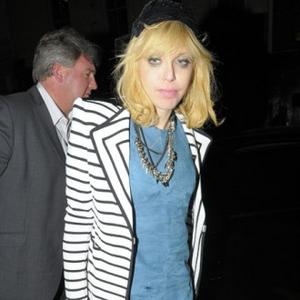 Courtney Love and Kurt Cobain's teenage diaries are going on display in London.

Angst-ridden notes written by the Hole singer and her late rocker husband will be viewed by the general public from next week at Ctrl.Atl.Shift's Dear Diary exhibition at Gallery Seven, when celebrities will join up with members of the public to reveal what their worries were when they were younger.

An extract from Courtney's diary - which was apparently written when she was in her early teens - shows her battles with acceptance and discipline when she was a youngster.

It reads: "(Whore paint, war paint) Well tonite I got the crap meeting and told my life story and told about everything about how afraid I am of not being accepted (God! I cant spell any more) etc etc. and we have kitchen duty 5 hours a day so I dont go to school and I course I b***hed about it, stating to Cottage Supervisor that under ORS. 169.83 (4?) it was truancy if under 15 you didnt attend school. He laughed and told me to call my lawyer and now he calls me his 'Legal Beagle' S**T! (sic)"

Late Nirvana frontman Kurt's teenage diary will be also be on show as well as being printed among a number of other extracts in a limited edition book designed by TV presenter Alexa Chung.

To explore the concept of conflict both here and in Kenya, Ctrl.Alt.Shift are throwing a VIP party on Thursday 13 May.

The exhibition runs between May 11 and May 23.