Courtney Love makes resolution to be friends with exes

Courtney Love has made a New Year's resolution to be friends with all her ex-boyfriends and drop any grudges she has been holding against them. 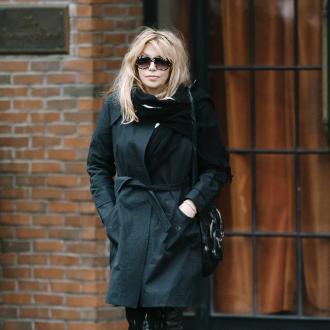 Courtney Love has made a New Year's resolution to make peace with her ex-lovers.

The Hole rocker - the widow of Nirvana frontman Kurt Cobain - has vowed to start 2014 with a romantic clean slate and has decided to drop any grudges she has against any of her former boyfriends.

In a post made on her Facebook page, Courtney wrote: ''I think at nearly 50 the basis of any relationship should be restraint and pragmatism before the big dramatic tsunami -- s - - t I wish I knew this at 20, and to become best friends and to make sure your exes dont all hate you. its important to leave romances nicely -- and its 2014 so im letting alot of grudges just go, i dont have time . . . none of it matters -- thank you dave navvaroo [Dave Navarro] and peter mensch. (sic)''

Courtney - who has a 21-year-old daughter Frances Bean - believes by ridding herself of negative energy and hateful feelings next year will prove to be far more successful for her both financially and romantically.

She added in her post: ''So to everyone take my advice, lose the grudges and grudge matches. First of all youll make a lot more money if that doesnt incentivise you, youll just be happier and get kissed more. (sic)''

Courtney has previously dated a string of famous men, including Smashing Pumpkins musician Billy Corgan, Edward Norton, Steve Coogan and most recently businessman ANDRE BALAZS. She is also widely believed to have had a fling with former Oasis singer Liam Gallagher years ago.