Courtney Love Flips Out At Hotel

Courtney Love ''flipped out'' at a hotel in New York on Sunday (13.05.12) after taking part in an interactive play. 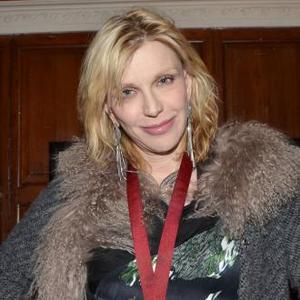 The Hole singer was Disturbed as she took part in interactive play 'Forgotten', and had to run for the exit, according to the New York Post newspaper.

Courtney was at the city's McKittrick Hotel, where she was immersed in a dramatic rendition of writer Jay McInerney's new play.

According to sources, the immersive experience started with Courtney and other guests walking ''down a long hallway.'' They then proceeded into ''different rooms with nearly identical blond models in Pink nighties'' who were ''taking pills, writhing on a couch or smoking cigarettes''.

Even though the people in the rooms were all actors, this quickly became too much for Courtney, and she fled from the hotel.

Also at the evening were Brooke Shields, painter Will Cotton and 'Sex And The City' writer Candace Bushnell.

Rocker Courtney is no stranger to erratic behaviour in hotels, and was in 2010 refused a stay at Claridge's in London after she managed to set fire to a £1,630-per-night suite on a previous stay.

In the same year, Courtney celebrated her 43rd birthday by reportedly getting drunk and ''wildly'' wrecking another £495-a-night Hotel suite in Covent Garden, also in London.

A source said: ''Staff said the room was left in a right state - like a wild animal had been let loose in there.

''She had used the place as an ashtray with butts strewn about and burn marks all over the bed, carpet and upholstery. I feel sorry for whoever had to clear it up.''