The currently harmonious relationship between Courtney Love and her daughter Frances Bean Cobain looks light it might come under serious strain, after it was alleged that Love’s former manager kidnapped Frances’ estranged husband Isaiah Silva.

Sam Lutfi, who used to be Love’s manager and was also connected closely with Britney Spears during the latter’s public meltdown several years ago, is said to be under investigation from police after they received a report that he had and two other accomplices “grabbed” Silva earlier this month and bundled him into a car, according to an article published by Radar Online after they obtained a police report. 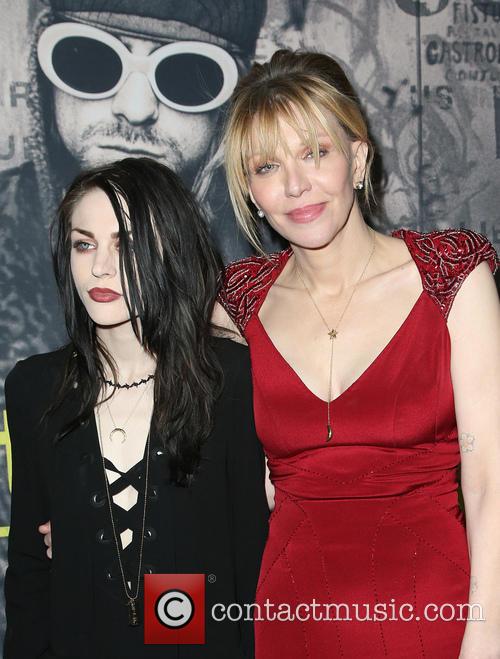 Lutfi and two other men are alleged to have abducted Silva at 12:45am on June 3rd and “carried him to” their car. Silva, soon to be divorced from Frances, was apparently “in fear for life and did not want to go with them”, with his cellphone and $800 worth of property stolen and approximately $3,000 in damaged property including a number of glass doors.

23 year old Frances, who is the only daughter of Love and the late Nirvana frontman Kurt Cobain, married Silva in June 2014, but filed for divorce in March this year. TMZ previously reported that she had formally moved out of Silva’s house earlier this month in the company of a police escort, just days after this kidnapping is said to have happened.

She and her 51 year old mother had previously been estranged, but reconciled during the process of filming the documentary movie Montage of Heck about Kurt Cobain during 2014 and 2015.

Lutfi, meanwhile, is Britney Spears’ former manager and is currently aiding the stricken Amanda Bynes. Spears obtained a restraining order against him in 2009, a few years after he was briefly in her employ. He recently launched a lawsuit against her in relation to alleged unpaid earnings.