Courtney Love has compared practicing Buddhist chants to doing sit ups and admits that while she thanks the faith for turning her life around, she sometimes gets bored of meditating. 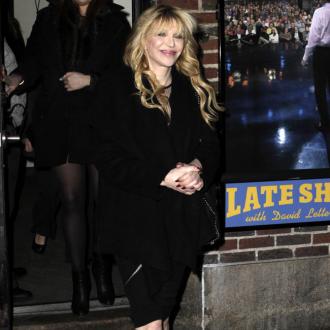 The 50-year-old star has revealed her faith helped her to overcome past struggles with drug addiction and admits that while she now tries to chant as often as possible, she does find it boring at times.

Asked what her drug of choice was during her wild years, she said: ''Oh, all of it, just all of it. There are no more drugs. What really saved me, obviously, was going to meetings and stuff like that but I'm a Buddhist, I chant and I'm really serious about it.

''I'm a Nichiren Buddhist so I sit there in the morning [chanting] and it's really changed my life ...Turned everything around.''

But the 'Celebrity Skin' hitmaker also admitted she gets bored meditating.

When told by host David on the 'Late Show With David Letterman' that he gets bored when he meditates, she added: ''I get bored too.''

Courtney also opened up about her daughter Frances Bean - whom she had with the late Kurt Cobain before his suicide in 1994 - and the documentary she's made about his life.

She said: ''She's absolutely great, she's 22 ... She's 22 years old. She's brilliant. She's an executive producer on this documentary about her dad ... It's very moving and I've seen it three times. I'm probably not going to see it again, it's too much.''