Kurt Cobain's widow spoke about the experience of watching the new documentary 'Montage of Heck', currently on a limited theatrical release before its TV premiere next month.

Courtney Love has described watching the new documentary ‘Cobain: Montage of Heck’ with her daughter Frances as a “very healing” experience.

Love was left widowed with an infant daughter after Nirvana’s Kurt Cobain committed suicide in 1994. In an interview with V Magazine, the Hole singer said “To see [the movie] in that room with my daughter was very cathartic and I was very happy to spend a little time with him and to find out, to see things and hear audio, and see into his heart.” 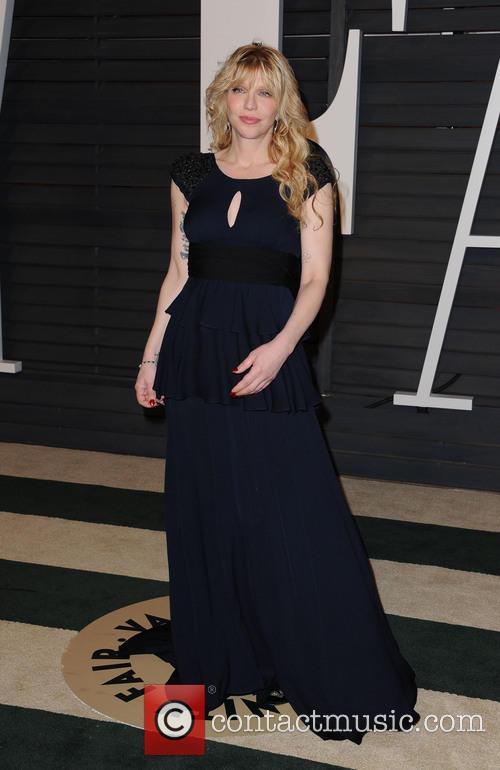 Frances Bean Cobain, now 22 years old, was one of the co-executive producers for the Brett Morgen directed documentary, which is enjoying a limited theatrical release worldwide ahead of its TV premiere on HBO on May 4th. “It was an important moment of bonding between Frances and me, and I think it’s very healing for our family and for our relationship,” Love continued.

“Many people who've suffered the after-effects of suicide, and in Frances’s case, like any child of suicide, she wondered what part she played in it and why wasn't she important enough? I think the film points out that absolutely, without a doubt, from whatever age it is that he starts talking about it, that that was where he was headed.”

When asked about her relationship with Cobain and whether the documentary had rekindled any memories, Love replied: “It f***ed me up. I remembered the sexual relationship, which, as you know, is the core of any good marriage. It almost rendered other intimacies meaningless.”

Currently single, she added that the film “made me really evaluate what, at the age of 50, I want out of a relationship. He’s a hard act to follow. I love him and I always will.”

Frances has also spoken about her father’s legacy recently. In an interview with Rolling Stone, she said “He inspired people to put him on a pedestal, to become St. Kurt. He became even bigger after he died than he was when he was alive. You don't think it could have gotten any bigger. But it did.”