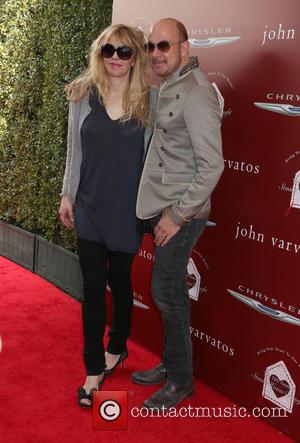 Singer Courtney Love is courting controversy once again after suggesting Bruce Springsteen's E Street Band do not "belong" in rock and roll, days after they were inducted into the industry's Hall of Fame museum.

The Boss paid tribute to his longtime backing band and performed with the musicians as they were honoured at the Rock and Roll Hall of Fame gala in New York last week (10Apr14), but in a new YouTube.com video, Kurt Cobain's widow claims they do not fit into the genre.

Love also admits she isn't a big Springsteen fan and only liked the rocker's 1982 album Nebraska, a series of demo songs he recorded without the E Street Band.

In the video, part of her Love on Love online segments in which she offers up her take on a variety of topics, she says, "I like Nebraska. And whenever I say that to a Springsteen person (fan), they look at me funny."

She continues, "With Springsteen, I just... I really like him. He's a nice guy. Cameron Crowe, an old, very dear friend of mine, took me to the Staples Center (in Los Angeles) for a three-night gig, and I could only last an hour and a half in a three-and-a-half hour show with the Boss."

But Love's main problem with Springsteen's music appears to lie with the work of the E Street Band.

She adds, "My Springsteen problem is just that saxophones don't belong in rock 'n' roll. They just don't belong."

The footage then cuts to a photo of Springsteen with late E Street Band saxophonist Clarence Clemons, who died in 2011.

Love was in attendance at the Hall of Fame event to mark the induction of Cobain and his Nirvana bandmates, Dave Grohl and Krist Novoselic. Kiss, Peter Gabriel and Hall & Oates were also among the Class of 2014.