Courtney B Vance: I was so shy when me and my wife met Aretha Franklin

Courtney B Vance was “so shy” when he met the late Aretha Franklin, as the star - who played Aretha's father in 'Genius: Aretha' - detailed their meeting at a brunch following the Kennedy Centre Honors. 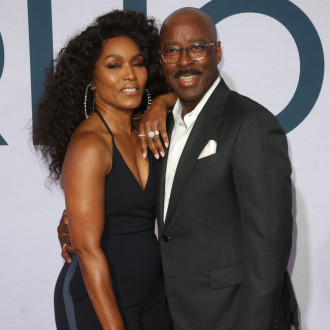 Courtney B Vance was “so shy” when he met the late Aretha Franklin.

The 61-year-old actor played the music legend’s father in the anthology drama series ‘Genius: Aretha’ – which aired on National Geographic in March this year – and has now detailed the time he met the ‘A Natural Woman’ hitmaker in person.

Courtney and his wife, Angela Bassett, crossed paths with Aretha – who passed away in 2018 – at a brunch following the Kennedy Centre Honors, and admitted they approached the iconic singer “slowly” because they were so nervous to meet her.

He told HeyUGuys.com: "We slowly went over to Aretha. We were so shy."

But the pair didn’t need to worry, as the 'Respect' icon welcomed them with open arms, insisting that they sit with her immediately.

He continued: "And we were just like 'I can't believe this is happening. We're sitting with Aretha. It was crazy!"

Courtney told of how Aretha was excited to learn that they were both from Detroit, and opened up about the sentimental moment.

He said: "It was beautiful. Beautiful, just to sit with her and listen. I don't remember much but, that was our girl."

‘Genius: Aretha’ premiered earlier this year and the eight-part series documents the rise of the ‘Think’ singer, as well as exploring the turmoil of her childhood.

The icon found herself pregnant at 12, and again at 14 before going on to become one of the most renowned singers on the planet.

The series acts as the third season of 'Genius' which has previously documented the lives and careers of scientist Albert Einstein and artist Picasso.

Following the success of the Aretha series, a fourth series is expected to follow on Disney Plus, this time telling the story of Martin Luther King, Jr.

Courtney B Vance: I was so shy when me and my wife met Aretha Franklin