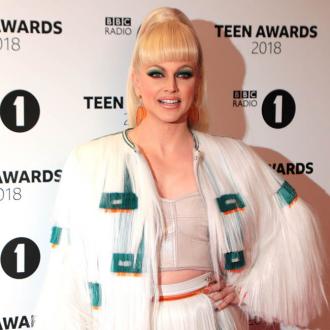 The 'Celebrity Big Brother' winner and drag queen - whose real name is Shane Jenek - thinks the 'Harry Potter' author has hurt many of her fans with her views.

Rowling recently came under fire for seemingly invalidating trans people when she took to Twitter to slam an article for using the phrase ''people who menstruate'' rather than ''women''.

The 54-year-old writer then went on to post a lengthy essay to her website detailing why she is ''concerned'' about the transgender rights movement and the effect that trans activism may have on the ''education and safeguarding'' of children.

Courtney exclusively told BANG Showbiz: ''I understand how much of a struggle it has been throughout my life to feel comfortable with who I am and I know how much of that came from the mainstream acceptance and the mainstream visibility of queer identities so in some ways, I try and imagine what it must be like for the trans community and someone as iconic as J.K. Rowling.

''Many people would be fans of the books, it's just hurtful and unnecessary and I think that we should be looking at ways to support and lift up - especially during Pride month, like read the room - and I think we should be focusing our attention on the injustices that become trans people, the violence rates, the life expectancy is so much lower, especially trans people of colour.

''This is not acceptable. We should be thinking how we can problem solve and help and ... I think punching down like that is really unnecessary.''

Meanwhile the 38-year-old star also criticised Rowling for her comments on ''people who menstruate''.

She added: ''I think that the thing is, firstly her initial comments about people who menstruate, she almost argues against some feminist ideals.

''The whole article that she was commenting on, is literally about people who menstruate, it's not about girls who are younger than menstruation age or women who can't menstruate or don't anymore ...

''And so she took issue with the term people who menstruate which just was weird anyway since it was specifically about menstruation and then also the way she double downs with her opinions, it's - it seems to me that Jk Rowling doesn't acknowledge the trans women are women and that ciswomen are women.

''And I think that's where the real confusion lies. I don't think the trans movement are saying we are ciswomen, we are the same as women assigned female at birth, transwomen have a different experience to ciswomen and the two shouldn't be (...) they are two different experiences.''

Courtney insisted Rowling should have been able to speak about the topic in a better way ''for someone whose tools are language''.

She said: ''It's just offensive really. She claims to be understanding of the trans experience, yet she speaks about it so poorly for someone whose tools are language.''

Courtney Act will be back in the UK and Ireland for her 'Fluid' tour in April 2021.