The pair had met in late 2013 and got engaged in summer 2014, but rumours that McDaid had left before Thanksgiving have turned out to be true.

Courteney Cox has called off her 18 month long engagement to rocker Jonny McDaid, according to new reports, after he had left the family home late last week and flown back to Britain.

The former ‘Friends’ star had been engaged to McDaid, the guitarist with British group Snow Patrol, since June 2014, the pair having started dating since late 2013. The pair had not been spotted in public since attending the premiere of Hand of God back in August this year, with Cox posting a picture of her fiancé on social media in September. 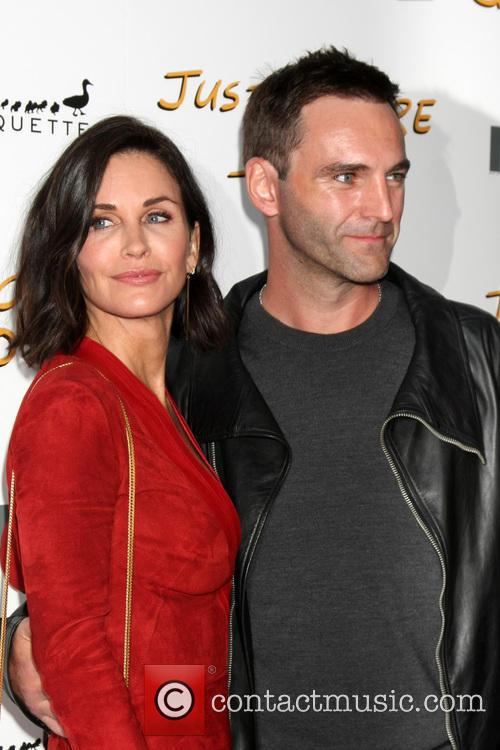 HollywoodLife.com first confirmed news of the split on Tuesday (December 1st), with a report over the weekend by TMZ indicating that 39 year old McDaid had flown back to Britain just before Thanksgiving and that the relationship was under strain.

However, the new report says that Cox is “devastated” by the disintegration. A source close to her said: “They were going to counseling because they were having issues and fighting a lot, about everything… …He just decided he wanted to separate. He hasn’t really given a reason, but mainly said he wants to focus on his music and can’t take the fighting.”

More: ‘Friends’ set rebuilt in London as part of festival celebrating the sitcom

Cox was previously married to actor David Arquette for 11 years, their relationship having ended in 2010. They have an 11 year old daughter, Coco, together, whom Courteney had intimated was going to sing at her wedding to McDaid. “It’s going to be a whole musical,” she had said of her daughter when speaking to People earlier this year. “That kid loves to sing. Everything from Barbra Streisand to Cee Lo.”

McDaid had been introduced to Cox by their mutual friend Ed Sheeran just over two years ago, and earlier this year he had been rumoured to be performing at the wedding too.

Revealing that the pair had moved in together, Sheeran said: “I'm not sure that it's public knowledge, so maybe I shouldn't have said anything - but, yes, they're already living together. Things are moving fast. He moved in and, judging by the last time I saw them, they couldn’t be happier.”

More: Keira Knightley admits she’s a spelling error, but who else has a weirdly spelt name?