Courteney Cox says her daughter Coco spends more time planning her upcoming wedding to Johnny McDaid than she does. 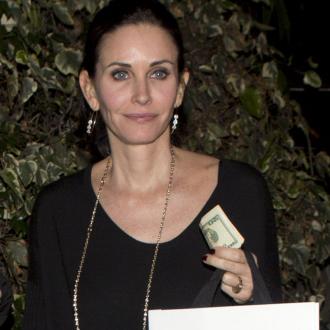 The 50-year-old actress is engaged to Snow Patrol rocker Johnny McDaid, but she admits 10-year-old Coco - who she has with ex-husband David Arquette - spends more time thinking about their nuptials than she does.

Asked how their wedding plans are progressing, she said: ''Right now we're just figuring out where. His family is from Ireland, and my mom] is in Alabama and she's not that mobile. So we're trying to find a place that makes sense. Coco spends more time thinking about the wedding than I do.

''She wants to be the maid of honour. She's like, 'I want you to have bridemaids.' I said, 'That's a little different than the norm.' She's demanding certain things! She's like, 'I also told my best friend she could be in the wedding.' I'm like, 'OK, Coco, why don't you just tell me what's happening?' I'm letting this be her thing.''

The brunette beauty recently wrapped up shooting the final series of 'Cougar Town,' but says it hasn't sunk in yet.

She told Us Weekly magazine: ''I don't think it's sunk in yet that it's over. I also directed the last episode which is good because I probably would have gotten more emotional if I hadn't been so busy.''