Courteney Cox Has Said It, 'Friends' Reunion Is Not Going To Happen

A 'Friends' reunion is not going to happen and Courteney Cox has said so.

It must be hard for the former cast members of our favourite 90’s sitcom ‘Friends’. It seems wherever they go and whatever they might be doing now, the big question still is, will there be a 'Friends' reunion? Courteney Cox was the latest victim of the oh so familiar question when she appeared on the ‘Late Show with David Letterman' on Monday. Unsurprisingly the answer was “it’s not going to happen” 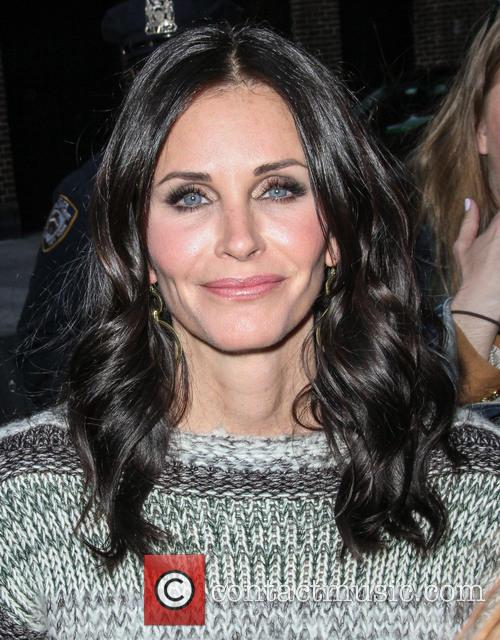 Is a 'Friends' reunion happening? Absolutely not, says Courteney Cox

Whilst it might break the hearts of many ‘Friends’ fans, Courteney did her best on ‘The Late Show’ to try and put the reunion rumors to bed once and for all. When quizzed by the chat show host the actress firmly stated, “it’s not going to happen”. The former Monica also added that if she did say she’d like it to happen then all the other cast members would have to be contacted and told “well Coutneney’s into it” and she just doesn't want to be responsible for that headache.

The problem is, it’s been ten years since we said goodbye to ‘Friends’ and fan seem to get a little antsy for a reunion when a show hits the decade mark. One persistent rumour has been that a ‘Friends’ reunion would take place on the big screen a la ‘Sex and the City’, but Courteney made it clear that a ‘Friends’ movie is a definite no go. As Courteney rightly pointed out what would actually happen in a ‘Friends’ movie? The whole show was recorded on a sound stage with the main setting being Monica’s apartment, so what could they possibly do in a film version?

Courteney can't even manage to get the gang together for dinner

As for actually getting the cast together for any sort of reunion, well that's actually a lot more difficult than you might think. Courteney revealed to Letterman that she can’t even manage to get all six ‘Friends’ together for a dinner party right now, let alone a show reunion. “I've been trying to put together a cast dinner for 10 years," she said. "I can get the girls to come, maybe Matthew Perry, Matt Le Blanc canceled last time, right at the last minute, Schwimmer lives here.”

Maybe now that Courteney has spoken out the ‘Friends’ reunion rumors can be finally laid to rest. Somehow, we doubt it though. This isn't even the first time a cast member has spoken out to dash fan’s hopes, Lisa Kudrow last year denied a movie would happen, saying, “Well, I knew there wasn't ever a movie. There was never a Friends movie. Ever. So I've always known it's not happening.” Yet here we are still talking about it. 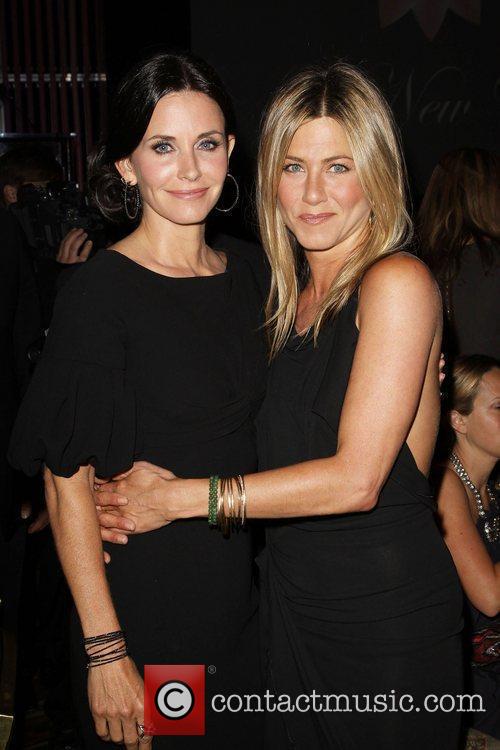 Courteney Cox and Jennifer Aniston starred together in the 90's sitcom

So come on ‘Friends’ fans, lets let the cast move on from Central Perk finally, after all its been 10 years! As much as may hurt to believe it, ‘Friends’ isn’t on a break from us, it’s over, they’ve moved on and we should too and really, wouldn't a ‘Friends’ reunion actually be a terrible idea?