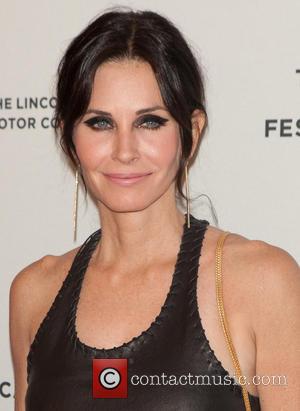 Courteney Cox is getting married!

The former 'Friends' star has become engaged to her musician boyfriend Johnny McDaid, the guitarist from Snow Patrol.

She tweeted, "I'm engaged to him!" along with a photo of the happy couple smiling.

McDaid, who is thirteen years younger than Cox, also tweeted "I'm engaged to her!" with the exact same snap.

The pair, who were introduced by British singer Ed Sheeran, have been dating for around eight months, and just returned from a romantic getaway at Amanyara in Turks and Caicos to celebrate Cox turning 50 years-old.

"It was very romantic and a beautiful setting," an eyewitness told E!News.

"Courteney looked like there was nowhere else in the world she would rather be and just so happy to be doing what she was doing," the source continued. "Johnny was doting on her, rubbing her leg and passing her a cold towel when she got hot. They seem very happy together and totally in love."

The lovebirds, who first went public with their relationship last December (2013), opened up about their romance while walking the red carpet in New York City for the premiere of Cox's directorial debut, 'Just Before I Go', this past April.

"He supports me creatively," the 'Cougar Town' actress said. "He really believed in the movie...and not just because he likes me, though I know that helps."

More: Just What Was It That Made 'Friends' So Great?

McDaid also collaborated with his future wife in the flick as Snow Patrol wrote three tracks for it.

"We get to kiss between takes," the 37 year-old Brit said when referring to working with Cox. "Courteney is the most completely confident person I've ever met - at everything." 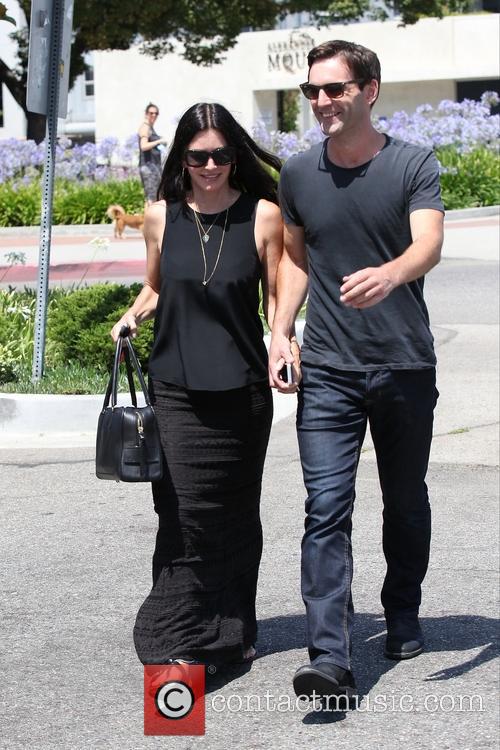 Cox and McDaid have been dating for 8 months