Cory Monteith And Lea Michele Get Close At Coachella 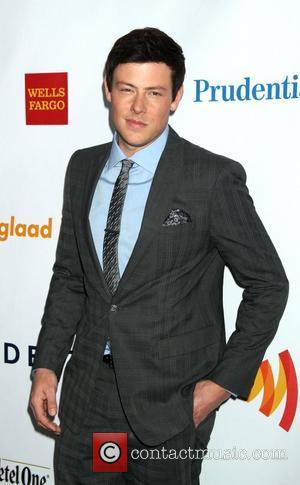 Cory Monteith and girlfriend Lea Michele got close at the Coachella Music Festival this past weekend. Lea began by attending the Lacoste Live desert pool party in California, where she was spotted chatting with Lauren Conrad, Diane Kruger and Joshua Jackson, reports US Weekly magazine.
Monteith arrived shortly afterwards, with one partygoer saying, "He tapped her (Michele) on the shoulder and she was so excited to see him.She threw her arms around him and they hugged and kissed on the lips". Michele later tweeted, "I just saw a really hot 6-foot-3 Canadian with a tribal arm band hanging by the pool.So happy". Another reveller added, "Their arms were constantly around each other and they were talking very close.They definitely looked like a couple with how affectionate they were being in public". The couple moved on to the Coachella Festival on Sunday (April 15, 2012), where they were spotted catching Bon Iver before watching Radiohead's headline set. Afterwards, Michele tweeted "What an amazing night", while Cory told followers, "Today was one of the coolest days of my life".
The Glee stars went public with their romance earlier this year, and recently returned from a romantic getaway in Cabo San Lucas, Mexico.