Two reality stars of the TV show Pawn Stars were fined for trashing the campsite that they stayed at over Thanksgiving weekend with a group of pals. Little did Rick Harrison, Corey Harrison and the gang of unruly campers realise that in the state of California, if you leave a load of mess at your campsite, you’re liable to be charged because it’s officially a misdemeanour crime.

According to TMZ, Rick and Corey (the pawn shop boss and his son) were amongst a group camping in Glamis, CA on Thanksgiving weekend. The cops apparently know that their group was the one responsible for leaving the mess – which equated to 10 sacks of rubbish, no less – because they had already been called out to deal with them once over the weekend. Seems as though the Harrison’s forgot to read up on camping etiquette before they went on their Thanksgiving escapade.

Dumping trash in the campgrounds there is illegal and comes with a pretty hefty fine. The people involved have apparently been fined, to the tune of $1,000 per person. However, it looks as though Corey and Rick may have been spared the expense, as they were not actually among the last ones to leave. “We left the campground before our buddies did and they were to clean it up and apparently didn't follow through. My father nor I were cited.” Sounds like a lucky escape to us! 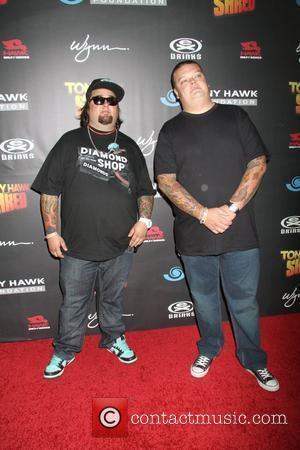