A public campaign to land Corey Haim a posthumous star on the Hollywood Walk of Fame has been temporarily placed on hold until 2015.

Fans of the former child star, who died in 2010 due to a combination of heart problems, pneumonia and blood flow issues, launched a bid to secure The Lost Boys actor the prestigious award earlier this year (12), organising a drive to raise the $40,000 (£25,750) needed to submit an application to the Hollywood Chamber of Commerce for the recognition.

The initiative gained the support of Haim's mother Judy and the teen idol's best pal Corey Feldman, but Chamber of Commerce officials have since asked the group of devotees to postpone any additional fundraising ventures until the five-year ban on posthumous honours is reached.

In a series of Twitter.com posts, Feldman writes, "I have some sad news 2day... We would like to announce that The Hollywood Chamber of Commerce respectfully requested to Judy Haim that... all formal fundraisers for Corey Haim's star be tabled until 5 year restriction for a posthumus (sic) star is met..."

But Feldman insists the delay is not a setback and he is confident tragic Haim will get the honour he deserves.

He adds, "This does not mean a star will not happen. We are working with the Chamber's wishes and Corey Haim's family, friends and fans can see their dream of a star realized with the official consent of the Chamber. Thanx (sic) everyone... Remember Love n (and) Light! We Will Get There!" 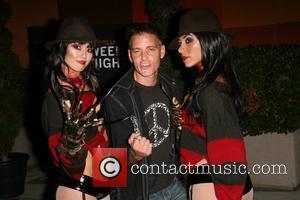