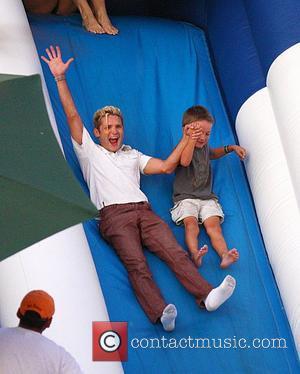 The former child actor Corey Feldman will be appearing as one of the contestants in the upcoming season of Dancing On Ice. The US actor shot to fame in the 1980s when he featured in a number of films which went on to become classics, such as Lost Boys, The Goonies, and Stand By Me.
Feldman notoriously became a victim of his own success and he was arrested for heroin possession in 1990. In recent years, he has used his appearances on reality TV shows to try and claim back some of the credibility that he once had as a child star. In 2003, he appeared in The Surreal Life with MC Hammer, in which the rapper married Feldman and his now ex-wife Susie Sprague. He then went on to team up with his friend and former co-star Corey Haim - who passed way in 2010 - in The Two Coreys. In 2009, Sprague filed for divorce and attempted to get full custody of their son, Zen. As reported in The Daily Mail, today (January 3rd, 2012) Feldman appeared on the Uk Tv show This Morning and told hosts Phillip Schofield and Holly Willoughby "Ice hasn't been my friend yet, but we're hoping to be acquainted. I'm always constantly pushing myself, but with the ice-skating here's something I've never ever found out about."
Feldman will be paired with professional skater Brook Castille on the show. Other contestants for the 2012 season include Chesney Hawkes, Heidi Range and JENNIFER ELLISON.