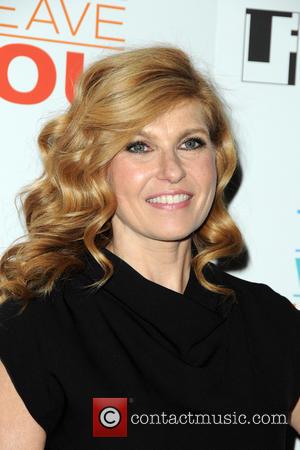 Actress Connie Britton was left petrified after her son's scary encounter with ghosts.

The Nashville star was shooting a film in New Orleans this summer (14) and rented a house which turned out to be haunted.

She explains, "We would sort of hear things bumping around... One night I woke up and I thought I heard my son in the other room... I started to go back to sleep and I just jolted up and I got out of my room... and my friend was carrying my son up the stairs with him...

"He was screaming and crying and I'm like, 'What's going on?' and he says, 'I don't want to go back in there, I don't want to see those boys in my room'.

"I was freaking out, but the scariest part about it was the way my son was looking at me. His eyes were just wide and he was like, 'I don't want to go back in there with those boys, get those boys out', and I'm like, 'It's Ok'. Meanwhile, I'm shaking... Of course I did not sleep the rest of that night, my son did... and he ended up being fine and we ended up staying."