Conan O'Brien has just confirmed that his "lifelong dream" is going to become a reality - the 50 year-old will host the 2014 MTV Movie Awards. 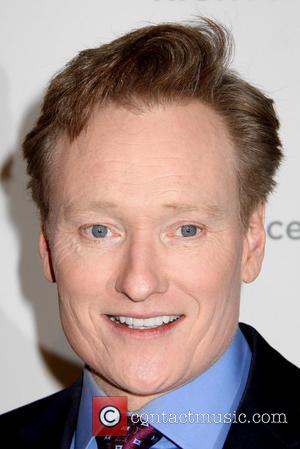 Talk-show host Conan O'Brien will be taking his emcee skills to a much bigger stage.

The comedian has been announced as the host of the 2014 MTV Movie Awards.

The news was confirmed on Tuesday (March 4th) by himself as well as the television network.

"Well I'm proud to announce that I, Conan O'Brien, will realize my lifelong dream of hosting the 2014 MTV Movie Awards," O'Brien said on Tuesday's episode of his show.

Although the Oscars are considered the end of the movie award season, it is only the MTV Awards that will prize actors for the Best Kiss, Best Fight, Best Villain and Best Gut-Wrenching Performance, along with many more.

The annual ceremony will take place in little over a month at Los Angeles Nokia Theatre and will see films which are rarely considered on the previous award-shows.

Nominated movies are expected to include the likes of 'Ironman 3,' 'The Hunger Games' and 'Fast & Furious 6', which will all be hoping to receive a prestigious Golden Popcorn prize.

Another unique element to the MTV Movie Awards is the live screening of sneak previews from the upcoming summer's biggest blockbusters.

All nominations for each category will be announced simultaneously in two days' time on March 6th at 7 a.m. ET, as they will go live on www.MovieAwards.MTV.com.

This isn't the first time Conan has had the responsibility of hosting an award show, the 50 year-old took the helm of the Emmy-Awards twice, in 2002 and 2006, and he also hosted the 2013 White House Correspondents' Dinner.

O'Brien released his own statement on Tuesday, which read, "After eight years of intense negations, I am honored to announce I am hosting MTV's second most prestigious awards show."

The 2014 MTV Movie Awards will take place on March 3rd.