Conan O’Brien will be talking to guests for an extra three years as TBS extended his show, Conan, until 2014.

While falling behind some of the big guns on the late night scene, TBS says Conan has more adults 18-34 than some of his bigger competitors — including CBS’s The Late Show with David Letterman and ABC’s Jimmy Kimmel Live! That’s the key demographic on which most shows are judged, hence the healthy extension. 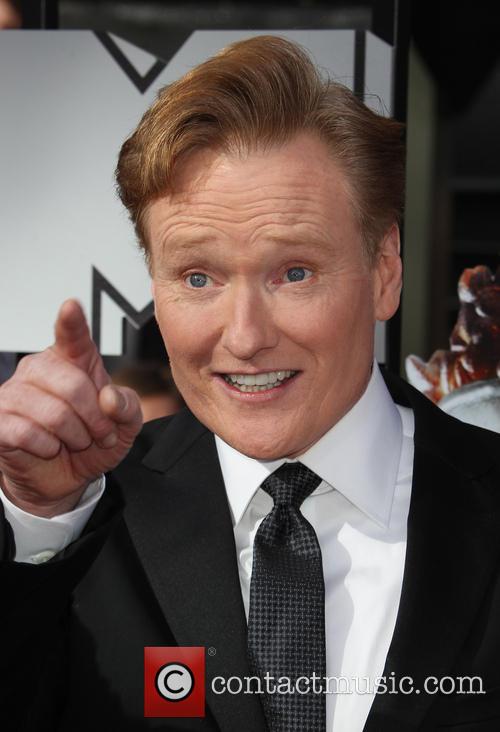 “Over the past four years, we have built a terrific relationship with Conan O’Brien and are thrilled to be extending his series for another three years,” said Michael Wright, president, head of programming for TBS.

“Conan has not only brought an incredibly young audience to TBS but has also created a digital presence that draws millions of fans to his unique brand of comedy. In addition, Conan has taken his show on the road for memorable weeks in New York, Atlanta and last month in Dallas, and will be breaking new ground next year when Conan becomes the first late-night show to tape at Comic-Con.”

With a younger audience than his talk show rivals, Conan is bringing in the right kind of audience, fully living up to the much-used ‘quality not quantity’ idiom. He also has more Twitter followers than any other cable talk show host with 10.6 million (though not as many as NBC’s Jimmy Fallon, who has 12.7 million). Conan airs Monday through Thursday at 11 p.m. ET/PT and is taped in Los Angeles.

Before joining TBS, O'Brien had hosted NBC's ‘Late Night’ followed a short time on "Tonight." Recently TBS announced that in 2015, O'Brien will become the first late-night host to broadcast his show from San Diego's Comic-Con.