Common Has No Problems With His Ex-girlfriend Serena Williams Dating Another Rapper After Her Reported Romance With His Former Rival Drake Went Public This Week (Beg24aug15). 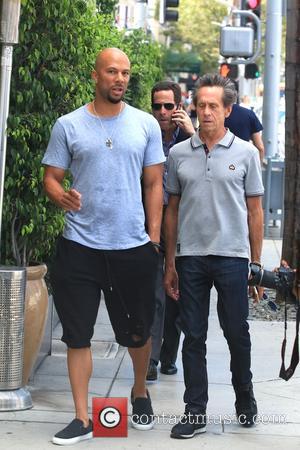 The Fancy hitmaker was recently spotted kissing the Wimbledon winner at a Cincinnati, Ohio restaurant, sparking rumours his low-key relationship with Williams was back on.

The two were previously linked in 2011, a year after Common and Williams reportedly ended their three-year relationship and before Common's well-publicised feud with Drake.

When asked by TMZ.com what he thought of his ex-girlfriend's reported relationship on Thursday (27Aug15), Common said, "As long as she's happy, I'm good. That's my friend. We dated. That's been done a long time ago. So now we're friends.

Common and Drake have long since ended their war of words.