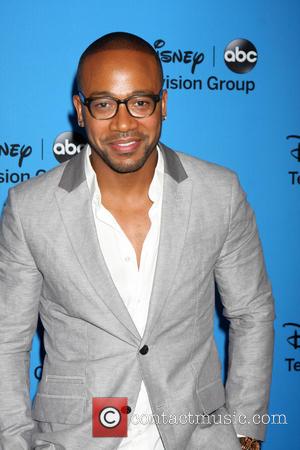 Troubled actor Columbus Short appears to have skipped a court date in Los Angeles on Wednesday (30Jul14) to party at a festival in the Caribbean.

A bench warrant for the former Scandal star's arrest was issued on Wednesday after he failed to attend a hearing in his domestic violence case, relating to an altercation with his estranged wife, Tanee MCCall-Short, in April (14).

No explanation was given for his absence, which occurred a day after he narrowly avoided becoming a wanted man in a separate criminal case on Tuesday (29Jul14), after turning up late for another hearing.

However, the reason for Short's no show has now become public after he was snapped arriving at Barbados' Grantley Adams International Airport on Wednesday evening to attend the annual Crop Over bash.

According to local news site NationNews.com, he is due to make various appearances throughout the festivities, which will wrap up on Monday night (04Aug14).

Short has yet to address the latest development in his legal woes.

The actor is also facing a felony charge of aggravated battery relating to a bloody bar brawl in Los Angeles in March (14) and a count for public intoxication following an arrest in Dallas, Texas during the U.S. Independence Day (04Jul14) celebrations.