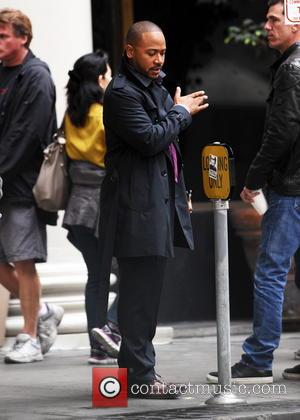 Embattled actor Columbus Short has conceded that Tv bosses were right to remove him from hit show Scandal after he was embroiled in a string of legal issues.

Over the past six months, Short has been arrested over a bar brawl in Los Angeles and held twice by police over domestic disputes with his estranged wife Tanee.

The amounting legal run-ins prompted bosses at America's ABC network, which airs Scandal, to take action, and after three seasons of portraying Harrison Wright on the political drama, the actor announced in April (14) that he would not be returning to the show for its upcoming fourth season.

And while he reveals that the show's creator/executive producer Shonda Rhimes stood by him, he admits Tv executives had to try and combat the negative press.

The 31 year old tells Access Hollywood, "They did not throw me to the curb like trash - that’s my family. They knew that I was going through a tough season and rallied around me and wrapped their arms around me, from Shonda to the craft service man. We're a family.

"I think, at a certain point, when you're hearing a barrage of stories after stories, Abc justifiably would want to distance themselves. They did the right thing."

Off the alleged altercations with his estranged partner, he adds, "I will take ownership. Me and my wife are going through serious problems, however, the domestic part of it, I am not a physically violent man. I've never put my hands on a woman physically ever."

He also hints that he uses alcohol to get through tough times, saying, "To be honest with you, I struggle with medicating with alcohol... and that’s a real truth. I think that deserves more looking in to.

"If I want to be truthfully honest, I think dealing with the stress of the situations that I've been going through, medicating with anything, I think is dangerous because it becomes a crutch. But it doesn't change it, the situation."

Short was was allegedly involved in another bar altercation in Dallas, Texas over the weekend (begs04Jul14).