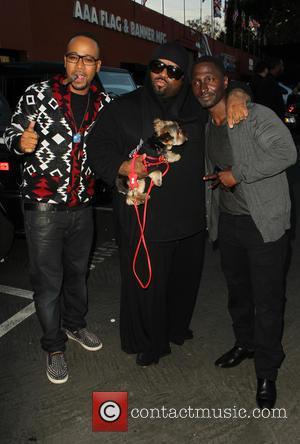 Actor Columbus Short has been ordered to stand trial in his felony battery case.

The former Scandal star has pleaded not guilty to assaulting Felton Hyche Iii during an altercation in March (14) in Los Angeles.

In August (14), a bench warrant was issued for his arrest when the actor was a no-show at a mandatory hearing because he was already behind bars in Los Angeles County jail for skipping a court date in a separate domestic violence case involving his estranged wife Tanee MCCall-Short.

He became a wanted man again in October (14) after he was kicked off a flight from Atlanta, Georgia to Los Angeles, where he had been due to face another hearing.

After being ordered to remain in California earlier this month (Dec14), Superior Court Commissioner Mark Zuckman told Short on Tuesday (23Dec14) to stand trial for the charges despite his lawyer's arguments he was acting in self defence.

An arraignment has been scheduled for 6 January (15).

If convicted, he faces up to four years in prison.