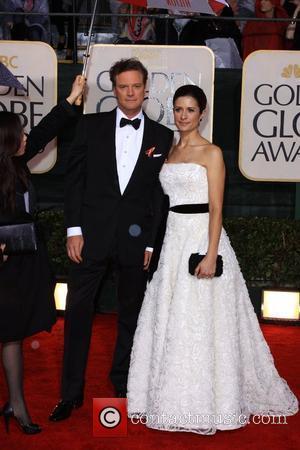 Colin Firth nearly missed out on his critically-acclaimed role in new movie A SINGLE MAN, because he initially turned the job down due to scheduling conflicts.
The British actor was Tom Ford's first choice to play a gay college professor in the fashion mogul's directorial debut, but he was already committed to shooting Oscar Wilde adaptation Dorian Gray when the movie was due to enter production.
Ford was devastated to learn Firth wouldn't be available for the film, and recast the role. But he was delighted when his movie shoot was delayed, meaning Firth was able to join the project after all.
He says, "When we were first supposed to be shooting, he was tied up making Dorian Gray. I remember talking to him at the Mama Mia! premiere. It was so frustrating, because I'd had to cast another actor, and here I was talking to my first choice. I got in the car afterwards and I just said, 'F**k, f**k, f**k. Goddammit.' Then our shoot got pushed back, Colin became available and things magically came together."