Colin Firth wanted to be Bond

Colin Firth got tired of waiting to be asked to play James Bond so agreed to play a suave secret agent in 'Kingsman: The Secret Service' 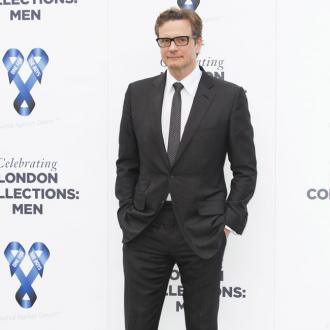 Colin Firth got tired of waiting to be asked to play James Bond.

The 54-year-old actor portrays a suave secret agent in 'Kingsman: The Secret Service' and while he was attracted to the role because it was similar to the shows and movies he loved in the 1960s, he joked he took the part because he had accepted he wasn't going to be offered the role of the iconic spy who is currently played by Daniel Craig.

He said: ''I think to a very large extent, in terms of style, the character of the spy movies I fell in love with has its roots in the 60s. It's 'The Man from UNCLE', it's the 'Harry Palmer' films, it's John Steed's 'Avengers' and those early Bond films.

''It's the guy in the suit who seems slick and cool and capable and is very, very contained but you cross him at your peril. He'll get you with the umbrella or a slick move or a gadget or something. It was all that.

''I'd been waiting for the offer on Bond for long enough, but it was [director] Matthew Vaughn who decided that it was a good combination.''

The 'Bridget Jones' Diary' star admits the director only approached him because he felt he was such a surprising choice for the part.

He admitted to SFX magazine: ''Matthew limes to take your presumptions about people and then flip them on their head, so he came to me and said, 'I think you're the last person on Earth anybody would expect to kick anyone's ass so I think it would be a big surprise. But I would like you to do it, so are you up for it?''