Colin Firth Took A Swing At Golf For New Film 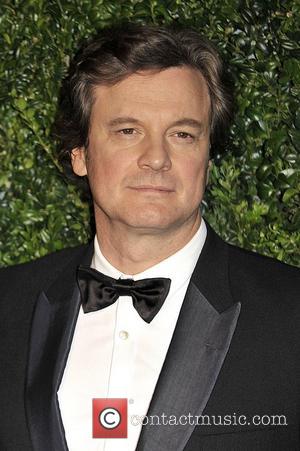 Oscar winner Colin Firth won't be joining Bridget Jones's Diary co-star Hugh Grant on the golf course anytime soon after trying to perfect his swing to play a professional in his new movie.

The Brit took to the driving range to improve his knowledge of the game for new movie Arthur Newman, but quickly decided it wasn't the sport for him.

He tells Wenn, "I had never watched a single golf swing in my life, so it was a foreign language to me. I have enough weaknesses without needing another. I have seen what's happened to friends of mine getting lost in golf.

"I could see when it sounds sweet when you hit it actually becoming an addiction. There is something that happens; there's a thrill that runs through you and it works.

"There's an indoor driving range in London and so, because I didn't have to be seen in the film playing a whole game of golf, just a few swings, I tried to get some lessons and I never got further than hitting a small object 300 yards."

In the new film, Firth portrays a man who fakes his death and takes on a new life as a golf pro.