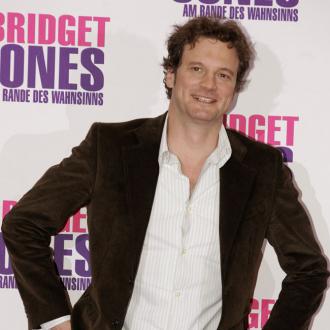 Colin Firth was stunned when he was told Mark Darcy was being killed off in 'Bridget Jones 3'.

The Oscar-winning actor played the gentlemanly love interest of bumbling heroine Bridget (Renee Zellweger) in the first two film adaptations of Helen Fielding's bestselling novels and was fully expecting to reprise the popular role in the next film.

However, Fielding was forced to break the news to Firth over the phone that his alter-ego doesn't feature in her long-awaited third book, 'Mad About The Boy', and instead leaves Bridget a widower.

She told TIME magazine: ''I did want to tell Colin in person but we were trying to have lunch, and I couldn't really tell him why I was trying to meet him, and he was in a different place. So I ended up telling him he died on the phone.

''I had to ask him if he had someone with him and if he was sitting down. It was like someone actually had died. We had to process it. And I was almost saying, 'I'm so sorry for your loss'.''

The next romantic comedy will see Bridget, now 51, struggling to raises their children Mabel and Billy alone, but Fielding appeared to hint at the possibility of a cameo role for Firth in the form of a ghost.

The author added: ''His presence is very much there in the book and in the child. As I told him, his memory will live on and he will rise from the dead rather like Jesus.''

Hugh Grant is expected to reprise his role as womaniser DANIEL CLEAVER after admitting he had seen a script for the third installment earlier this year.

He quipped: ''No one has signed on the dotted line. But they are working on our script. I have seen the script.''

The first best-selling book, 'Bridget Jones's Diary' was published in 1996, with sequel 'Bridget Jones: The Edge of Reason' released in 1999.