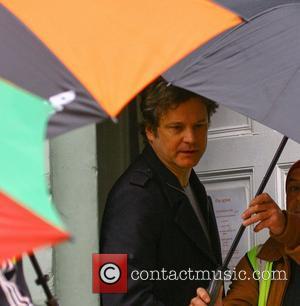 Colin Firth believes film makers are not giving audiences enough intelligent and thought provoking movies.
According to the Guardian the British actor said "I do think there is a tendency to underestimate audiences, I do think there is an appetite to be stretched." Speaking at this years (2011) Venice Film Festival where his latest movie the Cold War thriller Tinker, Tailor, Soldier, Spy is premiering he also went on to say "I do think people want to hear language at its best on the screen. I'm optimistic about it having an enormous audience." Set in the 1970s the movie tells the story of George Smiley, played by Gary Oldman, who is a spy that comes out of semi-retirement to catch a Russian spy. It is based on the classic novel by John Le Carre first published in 1974. Director TOMAS ALFREDSON also spoke about the hardships in turning such a complex novel into a movie "We agreed that this was probably a totally impossible book to turn into a feature film, that it was almost blasphemous to try to introduce anyone else other than Alec Guinness as George Smiley."
Firth was born in Hampshire and began his career by appearing in a series of plays and TV movies until gaining notable success in the 1995 adaption of Pride and Prejudice. He later appeared in the English Patient as well as romantic comedy Shakespeare in Love. He is also the star of recent box office hit The King's Speech in which he played King George VI. He is also currently filming new movie Gambit alongside Cameron Diaz which is due for release in 2012.