Colin Firth's 'Kingsman' Is A Nod To James Bond

Moving away from the 'X-Men' franchise in favour of a Bond-franchise celebration paid off for director Matthew Vaughn - in part, due to Colin Firth's suit.

People were shocked when Matthew Vaughn abandoned work on X-Men: Days of Future Past to work on an adaptation of an unknown comic book called 'Kingsman: The Secret Service'. But with the film now in cinemas, it seems like a rather obvious choice for him, as it allows him to do the same thing for the 'James Bond' genre that he previously did for superheroes with 'Kick-Ass'. Namely, he plays with the formula, both grounding and exaggerating the premise while refusing to water down the material for pre-teens, as most studio movies do. 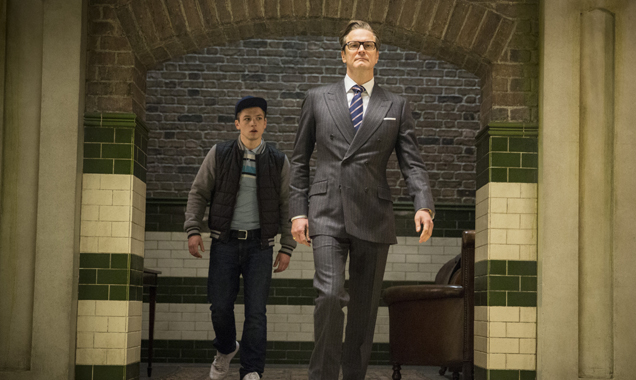 Taron Egerton and Colin Firth in 'Kingsman: The Secret Service'

Vaughn loved making 'X-Men: First Class', but says getting away from the studio system was a big motivation, since no one would be telling him what to do. "It was just me and my mates going off and making a film," he says. "And 'Kingsman' is the kind of film I'd really like to watch."

More: Read the review for 'Kingsman: The Secret Service'

A huge James Bond fan, Vaughn came very close to directing 'Casino Royale' ("MGM wanted me, but the Broccoli family didn't"), and he sees 'Kingsman' as a love letter to the genre. "I couldn't remake or spoof those movies," Vaughn says. "I wanted to remind people how wonderful, how fun and what escapism those spy movies had."

Watch the trailer for 'Kingsman: The Secret Service' here:


And he really couldn't have found a better star for 'Kingsman'. Colin Firth embodies gentlemanly charm and has the acting chops to make the action sequences believable. But Firth knows the secret to this kind of role: a bespoke suit. "I think that the illusion of a suit that works - if you are lucky enough to have one that makes you look good - is that the style emanates from you," Firth says. "But it doesn't. The suits do the work. Basically your job is to just wear it. The thing is that anybody looks good in the right clothes."

More: 'Kingsman: The Secret Service' Surprisingly Has 94% on Rotten Tomatoes