Colin Firth in talks for The Secret Service 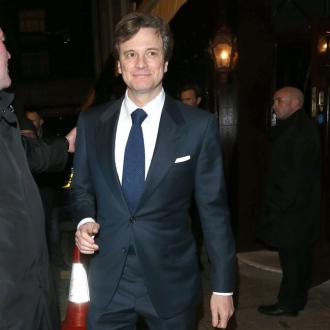 Colin Firth is in talks to star in 'The Secret Service'.

The Oscar-winning 'King's Speech' actor is in negotiations to play one of the lead roles in Matthew Vaughn's forthcoming movie adaptation of Mark Millar and Dave Gibbons' comic book series, according to The Hollywood Reporter.

The movie centres on a London hoodlum who is recruited by his uncle into a secret British spy school that transforms young troublemakers into refined, charming secret agents in the mould of James Bond.

Firth is set to play the uncle who teaches his nephew the tricks of the spy trade, while casting is under way for the other lead role after Aaron Taylor-Johnson - who starred in Vaughn's hit 2009 movie 'Kick-Ass' - turned down the part.

The film was written by Vaughn and his long-time collaborator, Jane Goldman, who he previously worked with on 'Kick-Ass' and 'Stardust'.

The director is also set to produce under and finance the action flick through his own company, Marv Films.

The role would mark a shift in Firth's career after being typically cast in romantic comedies and period dramas, including his Best Actor-winning role as King George VI in 'The King's Speech'.

'The Secret Service' is due for release in November 2014.