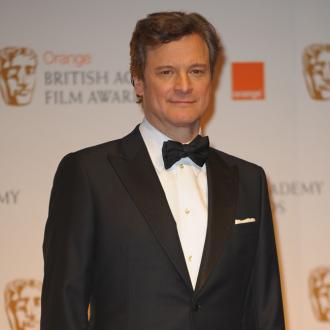 Rupert confirmed the Oscar-winning star has agreed to take part in the movie - which he has written and will star in and direct - and while he is currently waiting for financing, he is hopeful it will all come together.

He said: ''I'm trying to scrabble together the money. Colin Firth is going to do it, he has to be in it. So that's going to be good.

''I think directing and playing Oscar will be very difficult - I wrote it as well, it's going to be pretty hard. But lots of actors do direct and act themselves and I feel it is a subject that I really know very well so hopefully it's all going to come together.''

The movie tells the tale of the later life of the gay writer, who was imprisoned in Victorian Britain, and Rupert believes it will tell ''one of the great romantic stories'' of the era.

Speaking on ITV1's 'This Morning', he added: ''I have wanted to do a film about the last few years of the life of Oscar Wilde. The films about Oscar Wilde you always see seem to stop just as he goes to prison, partly because the world has now come to terms with him and cannot even face itself because people were so horrible to him afterwards.

''It's a marvellous story, I think one of the great romantic stories of the 19th century.''