Colin Firth 'calmed his children' when a fight broke out mid-air during over an alleged theft. 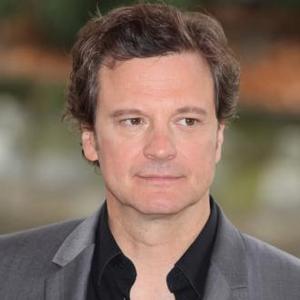 Colin Firth 'calmed his children' when a mid-air fight broke out on his flight to London.

The 51-year-old British actor was on his way back from The Oscars in Los Angeles - where he presented the gong for Best Actress to Meryl Streep - when two people are said to have started attacking each other over an alleged theft.

Cabin Crew on the British Airways flight called ahead for back up and armed police stormed the plane as soon as it landed at Heathrow airport.

But an eyewitness said the 'King's Speech' actor ignored the chaos and focused on reassuring his sons Luca, 10, and Matteo, eight, as well as wife Livia, 42.

A source told The Sun newspaper: ''Passengers were in meltdown when it spiralled out of control. It was scary for flyers who feared for the safety of the flight.

''Colin Firth showed his usual cool and was more concerned at the well-being of his wife and kids.

''It was far more dramatic than anything at the Oscars.''

Passengers - which also included British model Jodie Kidd, 31 - were asked to remain seated while officers attended to the incident. A police spokesman confirms no arrests were made but says investigations are ongoing.