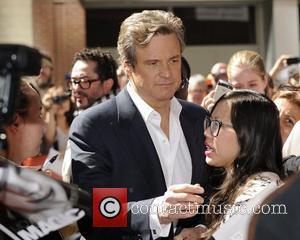 Hollywood stars Colin Firth, Kristin Davis, and Bonnie Wright are to take part in a special event to mark the 70th anniversary of Oxfam.
Sex and the City star Davis, who is also a Global Ambassador for the charity, and Harry Potter actress Wright will take to the stage at the Oxford Playhouse in Oxford, England for Eight Stories High next month (Oct12).
They will regale the audience with tales from the world of showbiz, and a pre-recorded video message from The King's Speech star Firth will also be broadcast.
Davis says, "I am deeply proud to be involved in Eight Stories High - there are so many untold and fantastic stories that touch Oxfam's world, which should be shared. This event is a very special 70th anniversary celebration and I am honoured to be involved as a Global Ambassador for Oxfam."