British model Kelly Brook was left flustered when Colin Farrell began flirting with her - in front of her then-boyfriend. 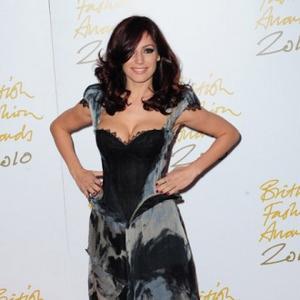 The 'In Bruges' star left the model-and-actress - who has previously dated rugby star Danny Cipriani, and actors Billy Zane and Jason Statham - flustered when he tried to help her cool off during a dinner.

Kelly recalled: "I sat across from Colin Farrell at dinner once and I was getting very hot, so he leant across the table and blew me to cool me down.

"It was kind of sexy but also uncomfortable because my boyfriend at the time was sitting right next to me."

Though she is currently single, Kelly insists she is never shy about asking someone out on a date.

She said: "Have I ever asked a guy out? I guess I have. I'm not scared - I just get their digits, drop them an email, stalk them. Just joking."

Kelly recently admitted she enjoys being single as she can be "selfish" and has more freedom to do what she wants.

She said: "I'm travelling so much. It's a perfect time to be single and be selfish and do what I want. I'd have done it sooner if I'd known it was this cool."