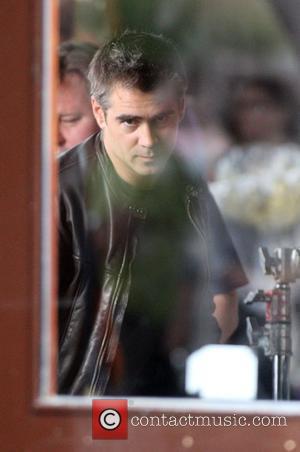 Actor Colin Farrell was involved in a furious bust-up with a photographer at the premiere of his new movie TRIAGE on Saturday (12Sep09).
The star attended a screening at the Toronto International Film Festival in Canada with his sister and personal assistant Claudine.
But the 33 year old took exception when one snapper asked his sibling to step away from her brother's side to allow a clear shot of the actor - and Farrell angrily confronted the photographer.
Joe Alvarez says, "I was just saying, 'Please can everyone clear the carpet, move on'. He took it personal. He said, 'Do not shout at my sister like that, do not ever speak to my sister like that ever'."